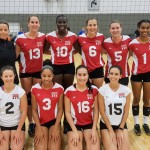 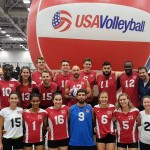 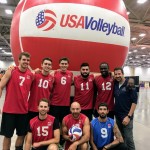 The National Team program began in 2002 with the objective of building a tradition of instructional and highly competitive volleyball in Bermuda through excellence in coaching, well-run and well-administered programs, a philosophy of inclusiveness and dedication to each team member.

Since 2002, the growth and success of the indoor NT program has led to Bermuda competing in the NatWest Island Games, international tournaments such as the Boston Bean Pot and the U.S. Open, and the FIVB World Championship Qualification.  Bermuda has also hosted it’s own international tournament, The Bermuda Open, which features competition from Canada and the United States.

Click HERE For information on the Senior Women’s Program.

Click HERE For information on the Senior Men’s Program.

The Senior Teams also regularly participate in the Bermuda Open, tournaments on the east coast of US & Canada and the US Open Nationals. They have also participated in the Caribbean rounds of the World Championship Qualifiers.